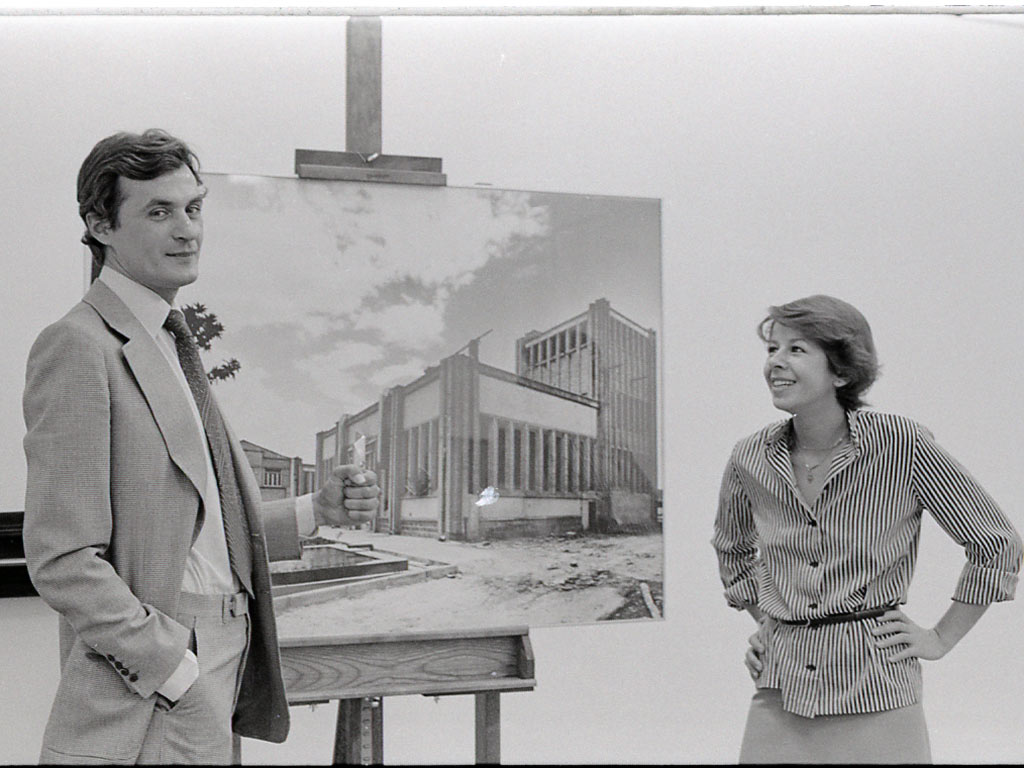 Exhibition curated for the opening of the Tehran Museum of Contemporary Art (TMOCA) October 1977.

Tmoca was inaugurated one year before the Revolution from a pool of modern and postwar contemporary art covering a depth and quality that has been considered one of the most important collection of Western art outside the US and Europe.

Nasrin Faghih had the idea of doing an exhibition on the first brick factories of Isfahan, built by German engineers and enhanced by local master-architects during the industrialization of Reza Shah’s reign. As assistant curator, I extended these very similar factories in Isfahan to other factories in Iran – like the cement factory in Chalous and the one in Tehran – and also included the Vresk Bridge which was a prowess of engineering ingenuity, although not a factory, because it seemed to me we were referring to the early industrial architecture of Iran in this exhibition and not just its factories.

As assistant curator, I accompanied our photographer to all the sites, drafted the elevations with 0.1 and 0.2 rapidographs on plastic tracing paper, exhibited in large frames. I did everything that had to do with the Presentation of the Exhibition, installing it in Gallery #9 of TMOCA, the graphics of the sheets and angles of the photos… I even invented a Persian font based on the English Broadway font… In short, I did the design of the exhibition and of the catalog.

In 2009, I presented a lecture on the Industrial Architecture of Iran at the Aga Khan Seminar held in Istanbul and later printed as an article “The Evolution of Industrial Architecture in Iran” in the book WORKPLACES: THE TRANSFORMATION OF PLACES OF PRODUCTION edited by Mohammad Al Assad, where I used a lot of material from the catalog of our exhibition.