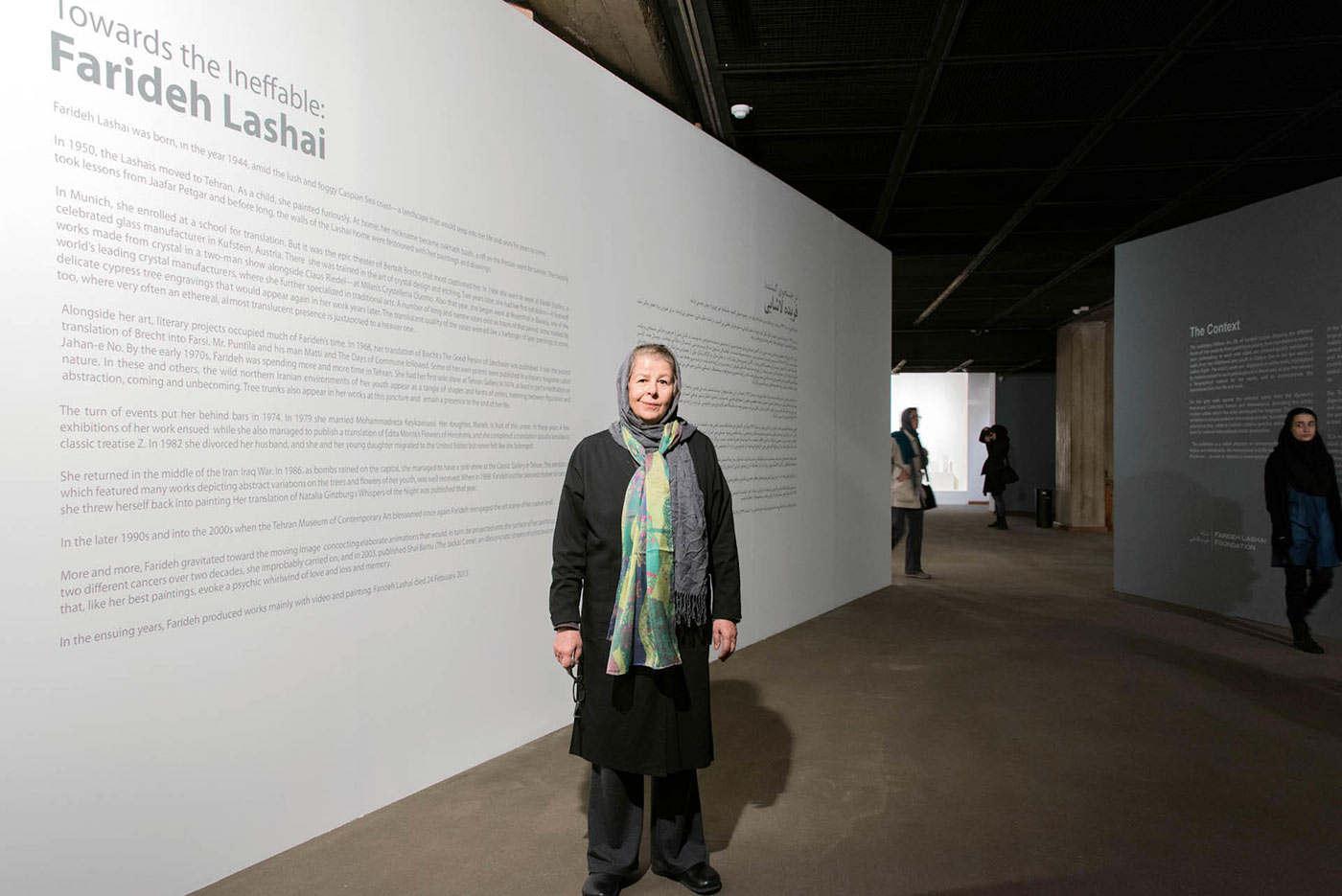 Germano Celant is internationally acknowledged as one of the leading scholars and curators of 20th c. art. He is currently the artistic director of the Fondazzione Prada in Milan and was the senior curator of the Solomon E. Guggenheim Museum in New York for 20 years. He is the author of more than 100 publications and has curated hundreds of exhibitions in Museums around the world, namely L’ART EN ITALIE DEPUIS 1959 in Centre Georges Pompidou in 1981 and ITALIAN ART 1900-1945 in Palazzo Grassi in Venice with Pontus Hulten.

It was indeed a great honor for me to work with Germano Celant and learn so much from him for this first comprehensive monographic exhibition ever held in TMOCA.

For the first time in Iran, an artist’s biographic material was exhibited along the works of art, allowing for more accurate interpretations of the works and creating a complete portrait of the artist. Lashai is one of the first abstractionist in Iran. At first glance, her work may recall western artistic traditions of the 20th century such as Art Informel or Abstract Expressionism, yet it is very different. It is deeply informed by Iranian literary and poetic heritage as well as the socio-political context of her time. Lashai’s minimalist works are more influenced by the minimal language evident in Far Eastern and Japanese tradition or that of her friend Sohrab Sepehri than by European minimalism. As a truly authentic artist she created a seminal aesthetics that influenced artists in Iran and abroad.

The biographical material exhibited in twelve large showcases along with more than a hundred works conjured up the presence of the artist in the museum, an artist who was my friend for 20 years and whom I dearly miss since her death in March 2013.