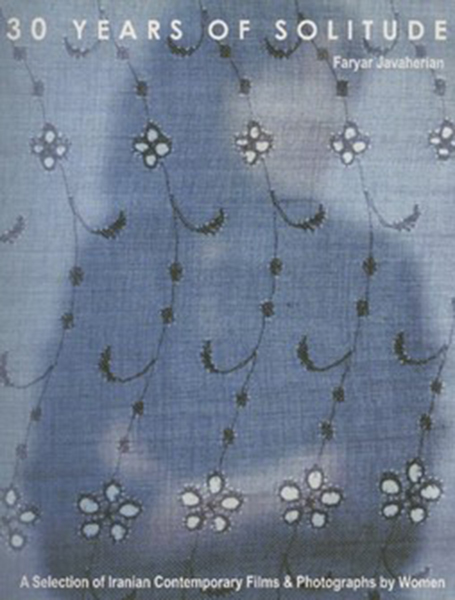 In the summer of 2006 I was asked by the Director of New Hall, Cambridge University, Anne Lonsdale, to curate an exhibition of Iranian women photographers. New Hall, which is the all-women school of Cambridge University and is now called Murray Edwards College, still remaining an all-female student’s college, has a grand collection of women’s art, one of the largest in the world, begun in 1986 and covering Modern and Contemporary periods.

Rather than doing a tour of horizon exhibition of Iranian women photographers, I decided to have a theme: and because I myself had lived in Iran through the 8 years of war with Iraq, and because this war was not well covered in the media of the time, I decided to use this background: how in 8 years of war, and for a long time afterwards, the art produced in Iran was directly affected by this, a bit like the period immediately after World War II. I also added a series of films by women directors and Anne Lonsdale agreed to it.

With Haleh Anvari, my friend and assistant-curator, we looked at more than 4000 photographs and chose the 30 artists of the exhibition. Goli Taraghi wrote a beautiful essay on Forough Farrokhzad and came to present her lecture. Rakhshan Bani-Etemad came to present her film GUILANEH, a war-film which does not glorify war but rather shows its darker side-effects. The catalogue was beautifully designed by Farshid Mesghali and printed in Cambridge. Unfortunately, because of time restrictions, the catalog could not be bound.

The exhibition was well-received and went on to Asia House the following year though the patronage of Iran Heritage Foundation.