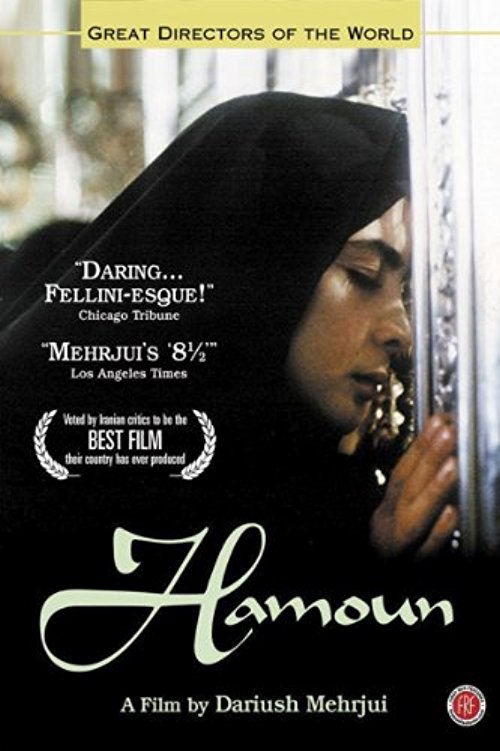 Dariush had written a script titled “Meeting” right after he separated from his first wife; it was about the last year of his three-year old marriage, unfolding because of insecurity feelings, and this became the basis for Hamoun which he re-wrote in our thirteenth year of marriage. It was the first time he worked with Khosrow Shakibai, who would become his alter ego in many subsequent films. Many critics praised Shakibai’s acting as being his best, and indeed, he became a charismatic persona after meeting dariush and playing the role of Hamoun.

For me it was a very difficult production because we had 62 locations and fortunately I had an assistant who was an architect, but also a professional interior designer, with whom I  continued to collaborate, my dear and late friend Fifi (Massomeh) Vossough.

For the first time, we worked with Touraj Mansouri, a great Director of Photography, and we had a very good interaction as to what visual effects we wanted to reach.

Also for the first time in the history of Iranian cinema I had a professional costume designer, Jila Mehrjui, Dariush’s sister who later became a very successful fashion designer, because until this film it was usual for the set designer to also design the costumes, or rather choose the costume…

Hamoun is one of the most philosophical and profound films made by Dariush, but also a very glamorous and humorous film about the unravelling of a couple. It was invited to many international festivals, won many awards and became a cult film. Its dialogues are recited by people of all generations and Mohammad Rahmanian made a play based on it and Hamoun-fans.