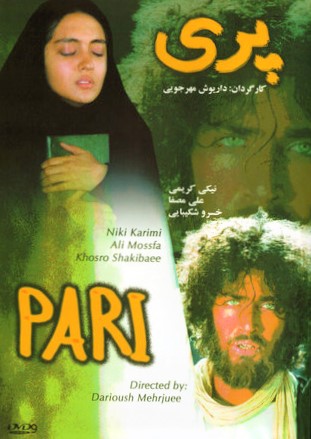 Pari was adapted from Sallinger’s Franny and Zooey, and although we tried very hard to get the author’s permission, we never succeeded and this is the reason why the film was never shown in the US.

Pari was entirely shot in Esfahan, and I moved all the furniture of our house to Esfahan and went there three weeks before the shooting to build the cabin which had to go on fire. I also sacrificed one of my mother’s fur coats in the fire scene! Shooting in Esfahan was a dream for me, but unfortunately, for the first and last time, we worked with a Director of  hotography who absolutely did not heed about my or even Dariush’s observations. The scene in the Sheykh Lotfollah mosque had to be shot thirteen times!

Our daughter, Maryam who was going to school, had to stay in Tehran with our maid for three months and would (…)