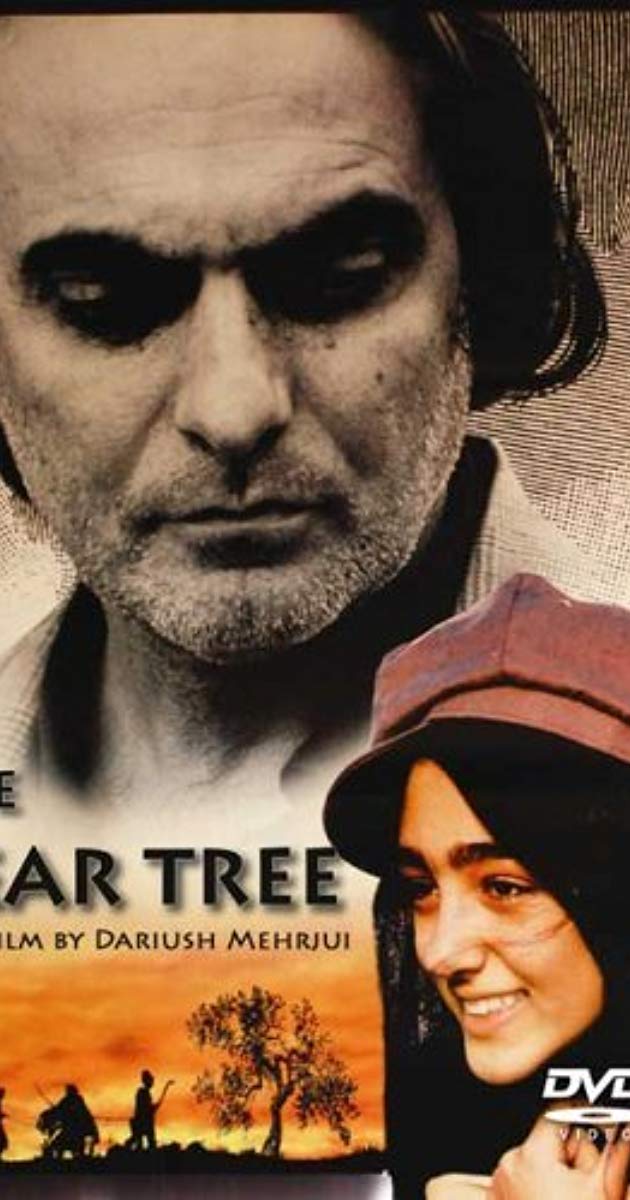 The Pear Tree is one of my favorite short stories by our friend Goli Taraghi and I convinced Dariush that it would make a beautiful film. The principal character is based on the personality of Dariush Shayegan, another close friend of ours who was Goli’s companion more than twenty years.

It was the first film in which Golshifteh Farahani played and she went on to have a great cinematic career. She plays the character of MIM as teenager and we did not want to have her with a scarf all the time…

The problem of hijab was solved when Goli suggested that she had contracted typhoid and had to have her head shaven, the head shaving being being one of the first flash back scenes… Then I came up with the idea that the main character is watching MIM having her head shaved, then he goes and picks up her head, braids it and sews into a cap – very similar to Jeanne Moreau’s in JULES ET JIM – and offers it to MIM as a present so that she won’t be ashamed to walk around with her bald head…

I was breast-feeding our baby boy, Safa and couldn’t go location hunting out of Tehran for the Damavand garden and house, so it was Dariush who found the garden in Abali; and strangely it was a house and garden they would go to for vacation during his childhood… Obviously, the dominant color of the film was going to be green because of the garden and the pears, but I also wanted to have a dominant blue, because it seemed to me the philosopher-main character of the film who has a writer’s block is also having the blues. I had a very interactive and productive working-relation with Mahmood Kalari, our Director of Photography. I also had a very competent assistant in Bita who was an architect and who previously worked as my interior designer assistant for the Calligraphers’ Society.

The Pear Tree is one of the most poetic films Dariush made, and although we were about to separate then, we worked closely to bring out all the poetry inherent in Goli’s short story dedicated to Abol Ghassem Saidi, our artist friend.