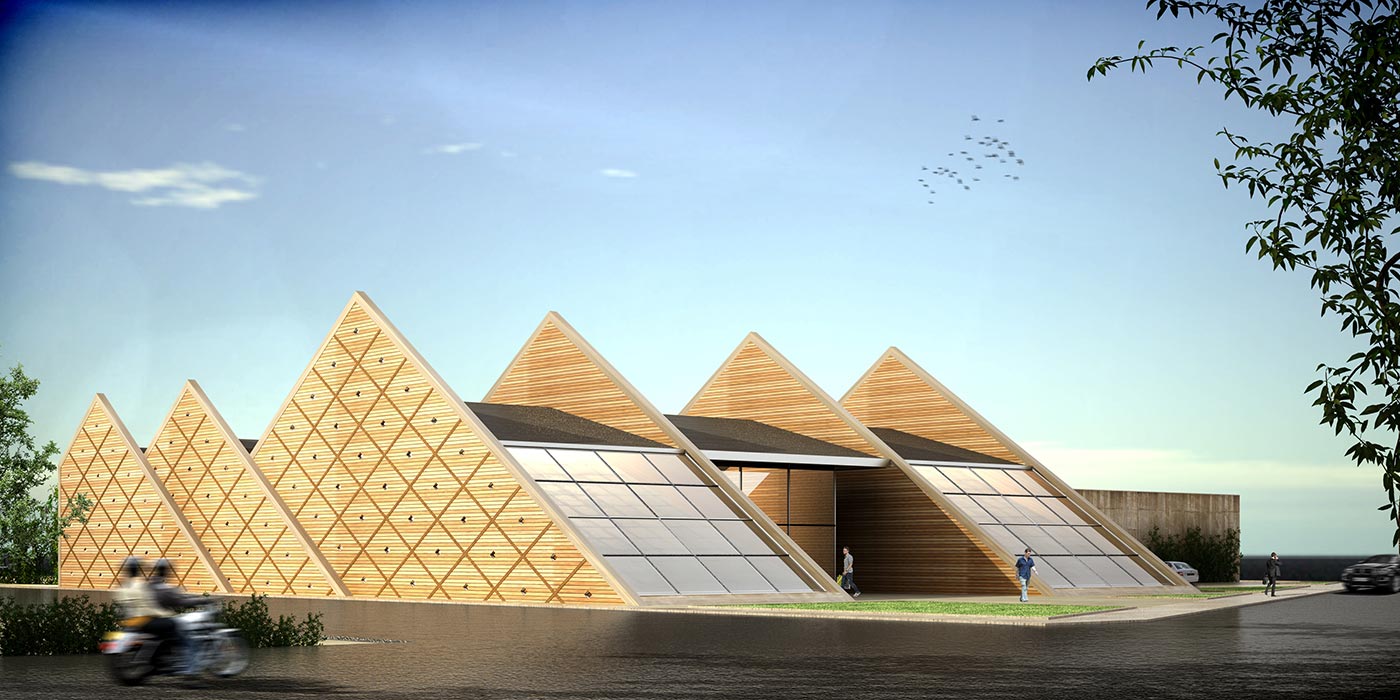 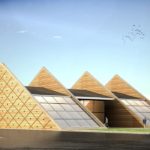 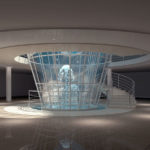 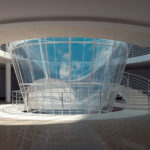 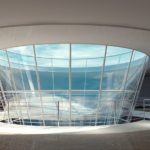 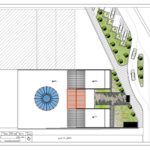 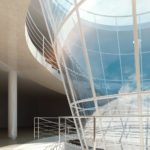 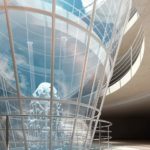 Aran and Bidgol is a small suburb of Kashan, and Salehoon is a Charity Organization mostly involved in hospital and school building. The project of building a science museum was on their program because for a long time they had been collecting hundreds of pieces of apparatus of scientific experiments. They had acquired a very cheap land in the industrial district of Aran and Bidgol where two factory sheds had been erected. This was to be a low-cost project, so we kept the existing structures, while excavating for a whole floor of basement. Because the height of the sheds allowed it, we divided the existing structure into two floors and thus we had three floors which we connected with a reversed conical light well with stairs all around it. We layered a second skin of brick facades forming triangles to give some monumentality to the complex on the outside.

Although the project was situated on the edge of the industrial district and right by a major highway, the municipality did not allow the building of a museum on this site.